What a day of hitchhiking

6:45am in the morning. I am never that early. But the locals wake up when the sun rises, so did I. That’s why I had a very good feeling about hitchhiking this day.⁣ 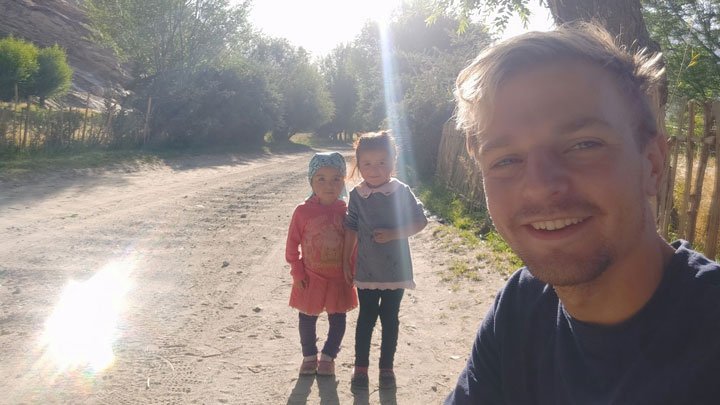 ⁣
Tomorrow
But that feeling soon changed. Every adult that passed by told me:⁣
⁣
“Tomorrow at 5am there’s a car. Not today.”⁣
⁣
So there are no cars that cross the mountain pass today?!⁣
⁣
Before 9:00am I hitched 3 locals cars. But then, at the very last village before the highest pass I waited 2 hours…⁣
⁣
Were the people right? No cars today?!⁣
⁣
The kids were keeping me company while waiting. They kept on talking although I didn’t understand.⁣
⁣
I started walking. Halfway a mountain I saw a car coming! I had to run up the mountain to possibly catch it!⁣
⁣
Super exhausted I reached the road. Sticked out my thumb and hoped for the best.⁣
The best German couple
⁣
And yeah! A super nice German couple stopped for me! I was lucky!⁣ 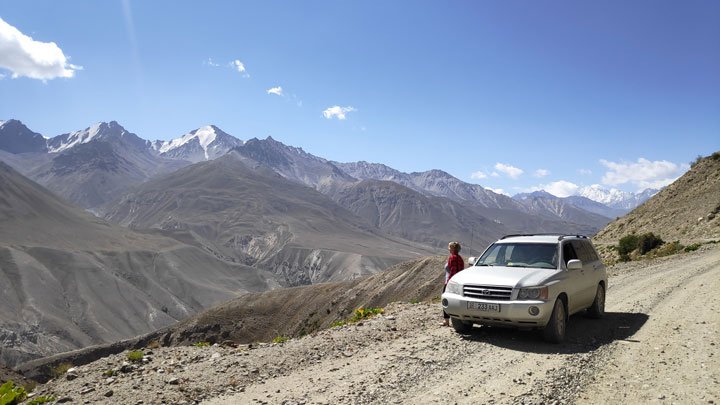 Soon we saw stunning views from the car. Overlooking peaks of 7000m in Afghanistan and even Pakistan.
⁣ 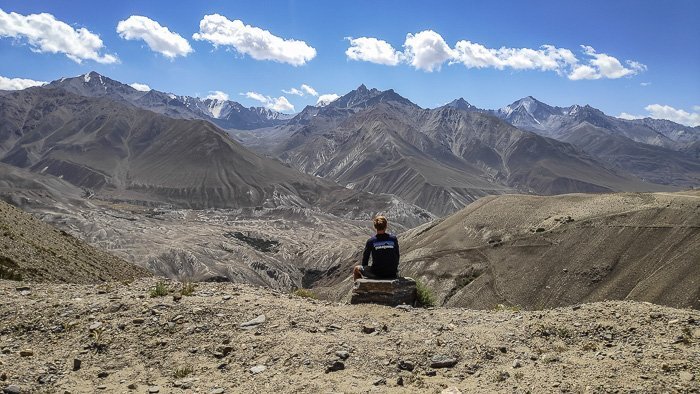 After the German couple picked me up. We drove two hours and saw a Spanish guy laying like dead on the dirt road next to his motorbike.⁣⁣⁣ In the middle of nowhere.⁣
Motorcycler with injury
⁣⁣⁣⁣
His girlfriend came to our car, she had tears in her eyes. They had fallen with their motorcycle and the guy had a lot of pain.⁣⁣⁣⁣
⁣⁣⁣⁣
Luckily our driver works in the hospital and checked the injury, it should be fine. He seemed to be in panic.⁣⁣⁣⁣
⁣
After another two hours they both calmed down.⁣
⁣⁣⁣⁣
His girlfriend joined us in the car, and we took all the luggage from the motorcycle. This way the Spanish guy was able to drive his motorcycle.⁣⁣⁣⁣
Broken car
⁣⁣⁣⁣
A few hours later the exhaust pipe of our car broke down. It turned out that the Spanish guy was a mechanic. So he could help.⁣⁣⁣⁣ 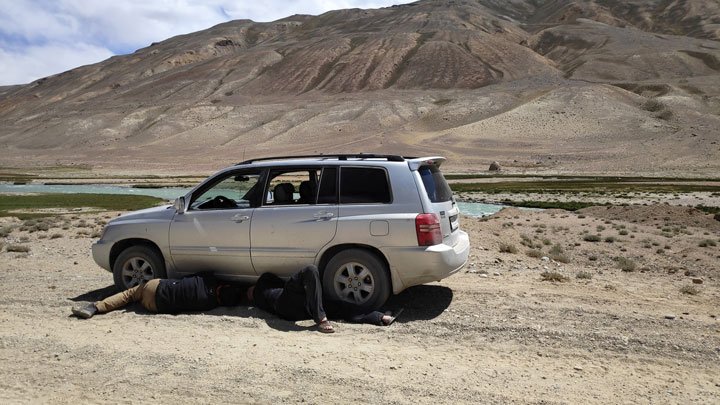 ⁣⁣⁣⁣We stopped several times to fix the exhaust pipe. In total we stopped roughly 5 hours. Only 1 car passed by, which shows how lucky I was with this lift.⁣⁣⁣⁣ 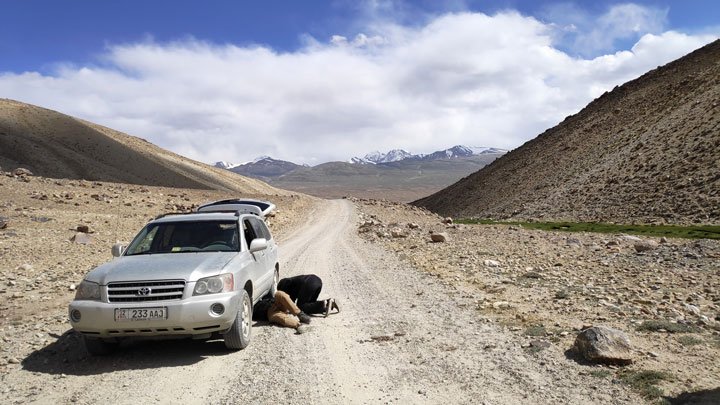 Another time we stopped to fix the car.

⁣⁣⁣⁣I asked the one car that passed by for some wires to fix the car. And it worked. This way I was able to contribute a tiny bit to the problematic situation.⁣⁣⁣⁣
⁣⁣⁣⁣ 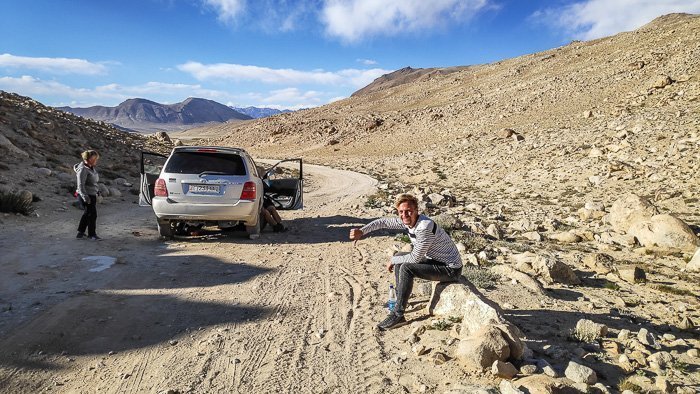 Long day
After 10 hours of driving through the middle of nowhere, with beautiful views, we reached a lake where we camped.⁣⁣⁣⁣
⁣⁣⁣⁣
It was a long day. But it was cool that we all contributed something to reach our destination together.⁣⁣ Furthermore the views were amazing again!⁣ 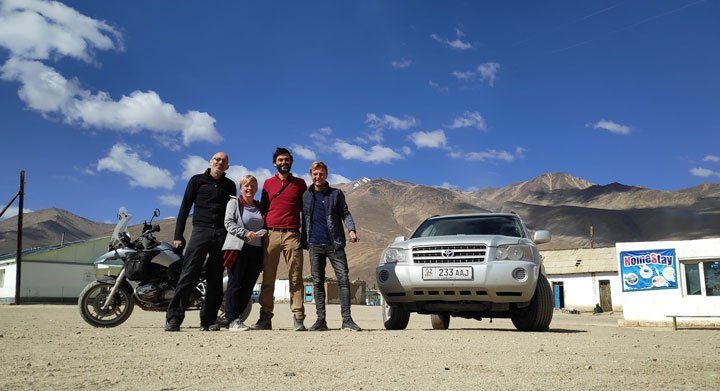 The squad (without the girl). The motorcyclers decided to stay in the Homestay, we moved on the camp at the lake.

Wildcamping
We camped at Lake Yashilkul, which was beautiful.
Categories: BlogTajikistan