A butcher and his younger colleague stopped for me in the countryside of Ukraine.

We started with a coffee at a restaurant. Speaking English was hardly possible. Some other woman came around to speak some English with me.

Then we stopped along the road; “this is familia” they said. We tasted 3 spoons of honey and directly went on.

We drove on for an hour and stopped at the restaurant of the driver. After two big glasses of wine, some dried meat and a meat-soup I was dressed as a traditional shepherd.

An old man came by and sang a German song for me.

After an hour we got in the car again. I thought to go 100km further to the border with Moldova, but after one minute the car stopped again.

We were at the house of the old man. “Visit familia” again. We drank tea with some mix of sugar and honey. They actually gave me this stuff as a present when we left.

After that, they drove me around the town for some sightseeing.

Last but not least we drove half an hour further and stopped again at “familia”. To taste the best wine of the region together with some good goat cheese.

Eventually he dropped me off at the border in the evening and gave me 2 bottles of wine and 3 dried meat sausages as a present!

It was a long day full of unexpected things while hitchhiking in Ukraine. But it was a great day! All in all, we covered 300km and my backpack gained 2,5 kilograms.

Apart from this super cool day, the hitchhiking in Ukraine was fairly easy. Although I only hitchhiked a small part of the country I could say that the waiting times are not too long. 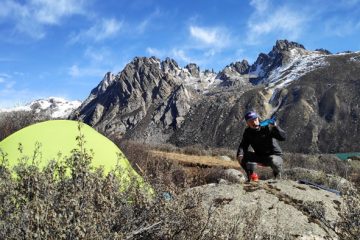 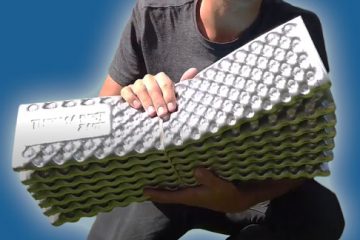 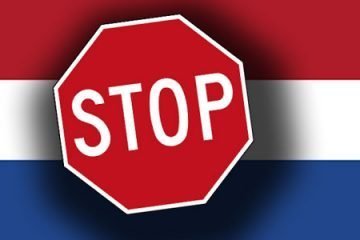