Locals call it ‘Door to Hell’. This fire crater in Turkmenistan is burning continuously for 48 years. 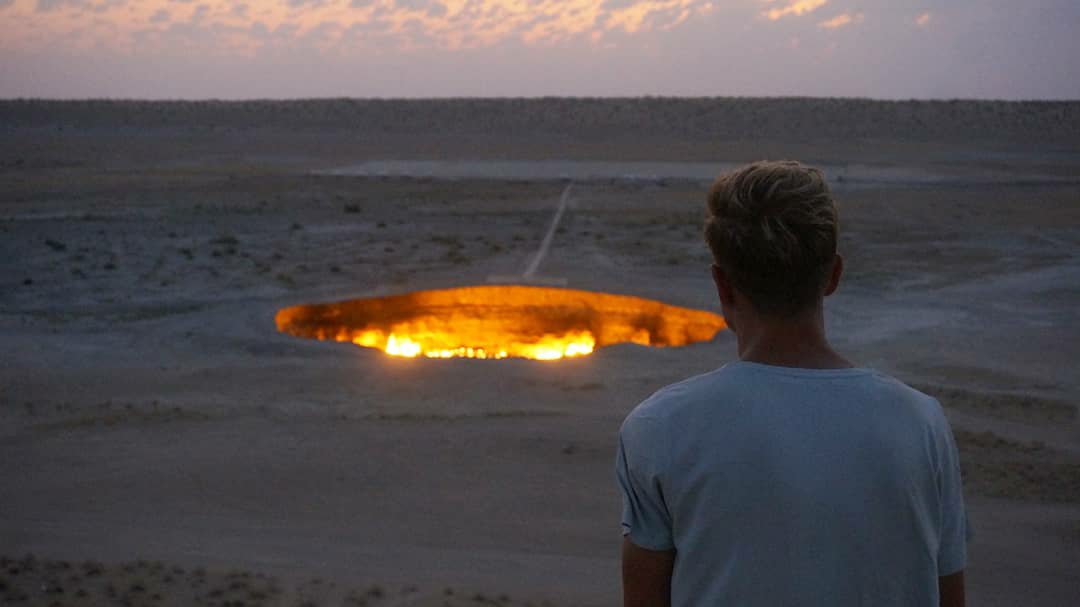 During drilling for gas, an accident happened. The drilling equipment fell down in this big hole.

Nobody injured, but gas was coming out. Geologists were afraid poisonous gases would be released into atmosphere, so they decided to put the gas on fire. They hoped the fuel would be burned out quickly. Days, weeks, months and years passed, but it’s still burning. 48 years already!
You can camp at the fire crater in Turkmenistan, I did it!
Categories: Blog